Bloomberg represents a culmination of 50 years of design, engineering and manufacturing knowledge.

"WITHOUT THE CEILING THE SUSTAINABILITY WOULDN'T BE WHAT IT IS."

Achieving a 98.5% ‘Outstanding’ BREEAM rating, the project is the most sustainable commercial office building in Europe. Sustainability was a fundamental, underlining objective for Michael Bloomberg, insisting on a considerate design from an architectural and performance perspective. As a guest in London, he strived to be a ‘good neighbour’. The appointed architects, Foster + Partners’ Michael Jones commented: "Without the ceiling the sustainability wouldn't be what it is."

Foster + Partners originally approached SAS in 2012. Knowing SAS well, they were seeking a manufacturing and design partner to realise true innovation in product design and engineering. The stakes were high due to the profile of the client and the estimated £1Bn budget. The right partner was critical, so Bloomberg insisted on a bid through an open competition.

After several competition rounds, SAS was selected to deliver the project. From the beginning, Bloomberg was a collaborative enterprise, both internally and externally. SAS Special Projects oversaw the design, manufacture and eventual installation of the scheme onsite. One of our most exacting and complex projects to date, the installation is equal to the design and manufacturing input.

There are many architectural features of note both inside and outside of the building. That said, you immediately notice the ceiling once inside, it is unlike anything seen previously. The Integrated Ceiling Panels (ICPs) combine acoustics, lighting and temperature control. This is a first for the UK and likely globally.

The design of the petals is not purely an aesthetic consideration and the result of specialist software modelling (CFD – Computational Fluid Dynamics). The sculpted shape maximises surface area to significantly improve heat exchange and optimise airflow to maximise convection. In addition, the slots within each petal improve overall energy transfer. From a temperature control perspective, the design exceeds Category A Thermal comfort, the highest level achievable for an office.

From a lighting perspective, the petal shape minimises the amount of light blocked, improving performance, energy efficiency and reducing costs.

Combining chilled ceiling and LED lighting technologies is where most of the sustainable benefits originate. LEDs are typically 40% more energy efficient than incandescent bulbs. Due to the number of LEDs used, they run significantly below max output for the required light levels. They are even more efficient when cooled and operate with an increased life expectancy. The cumulative effect is an incredibly efficient design consuming significantly less energy than is typical in office space.

Acoustic control was an additional requirement, and again the design performs admirably. Tested to Class A absorption levels, the ceiling sufficiently and evenly manages acoustic reverberation across the open plan offices. 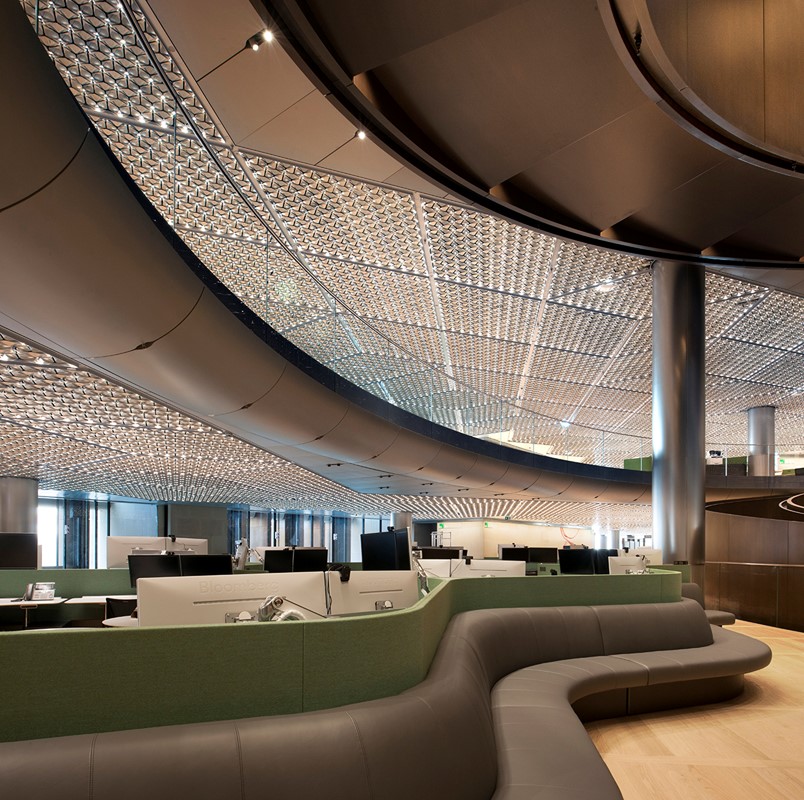 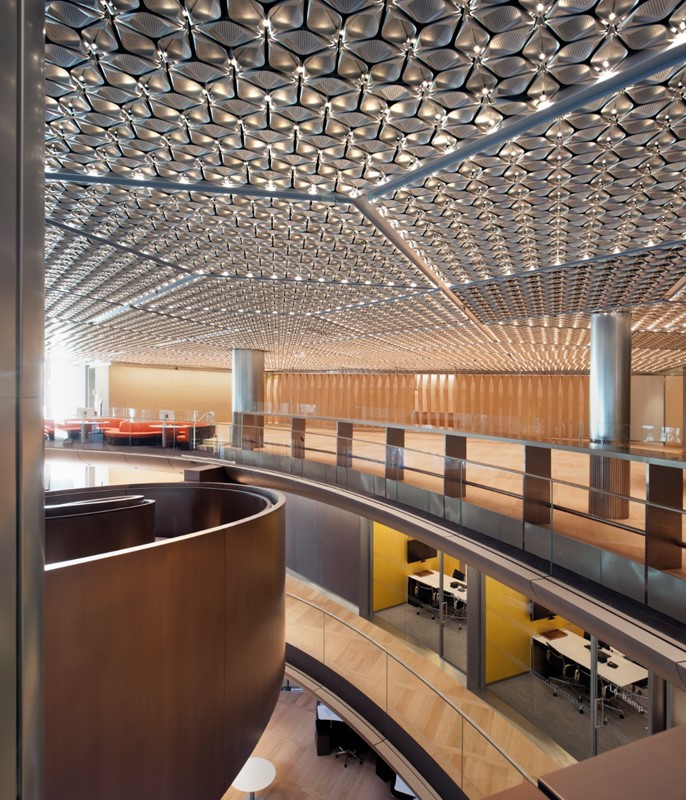 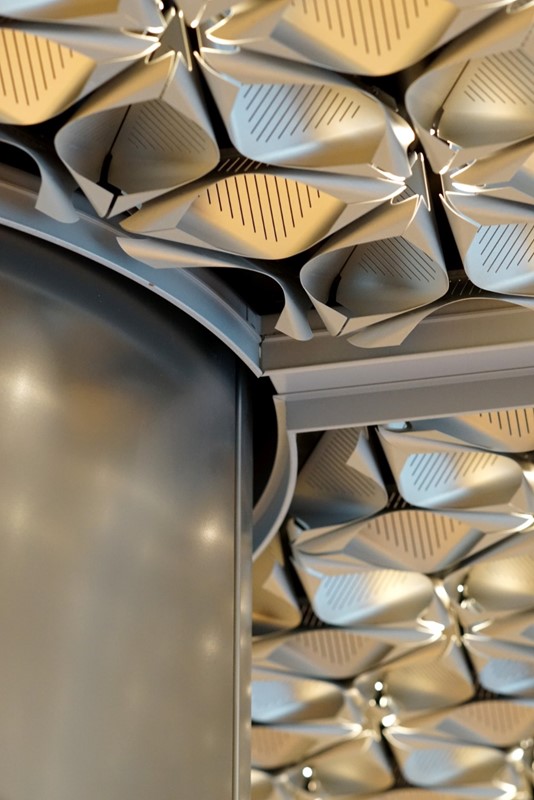 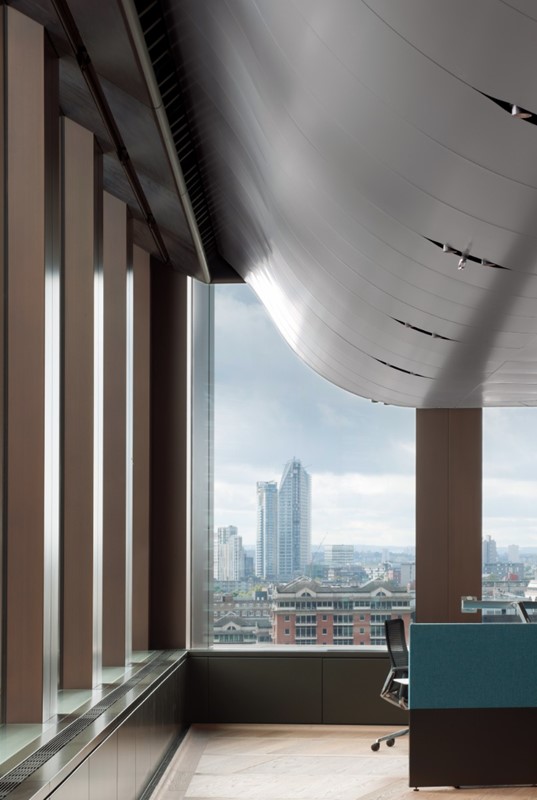 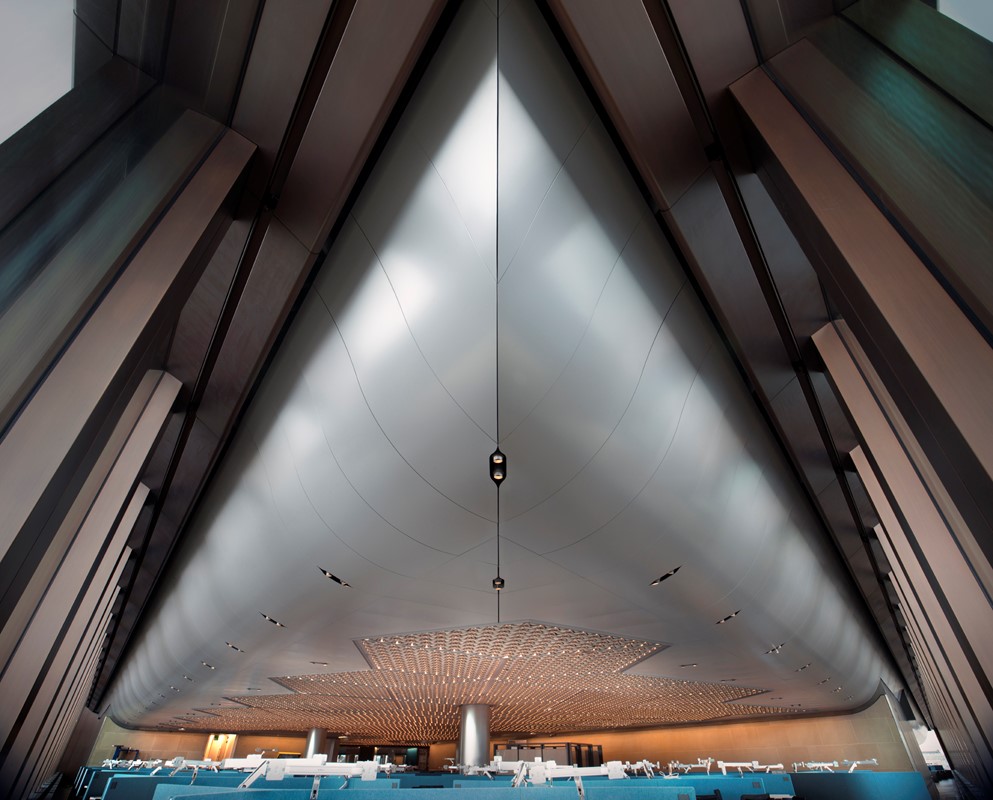 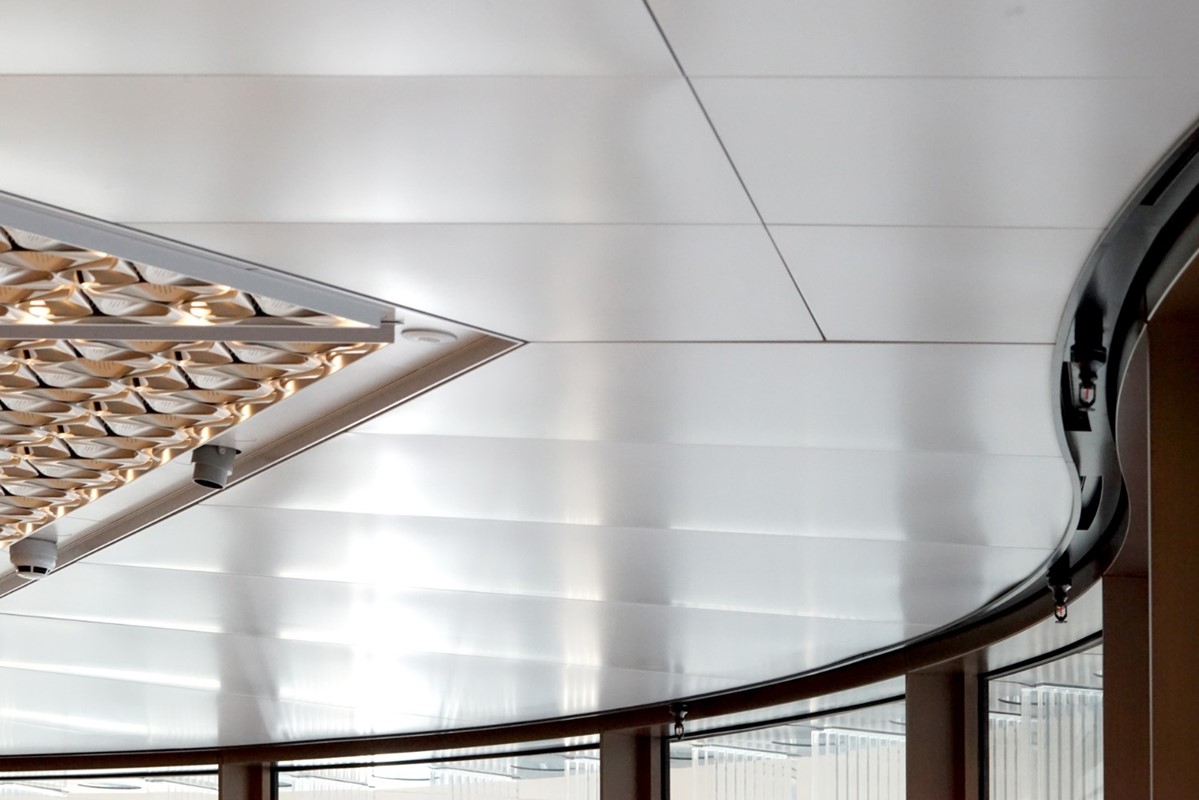 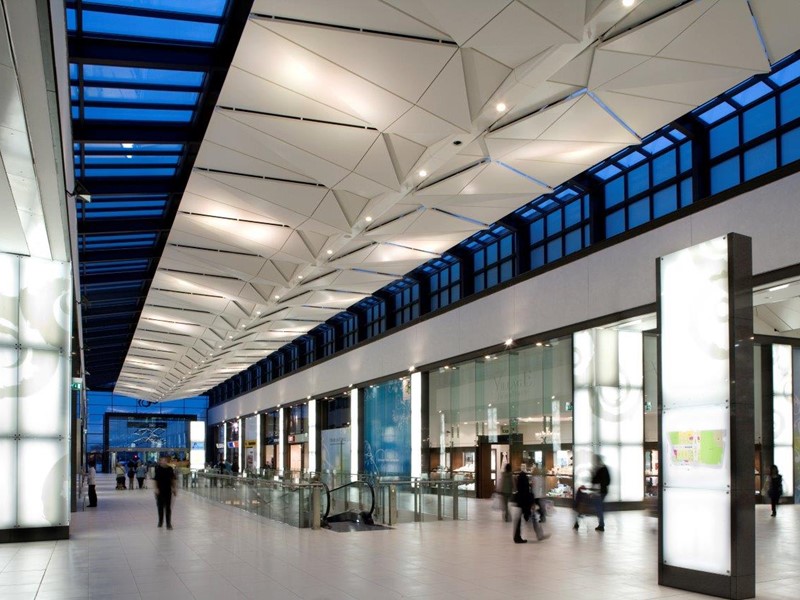 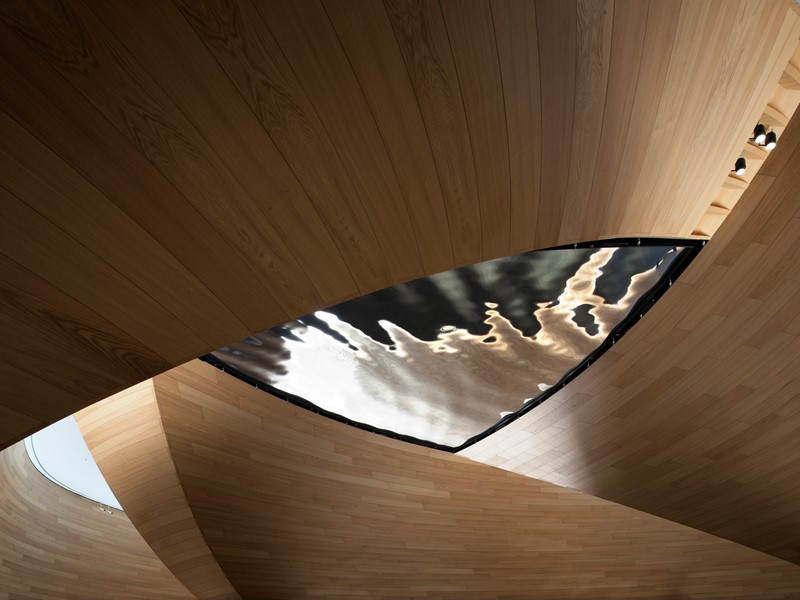 The information within this section should help explain some of the more relevant acoustic terminologies and technical aspects. 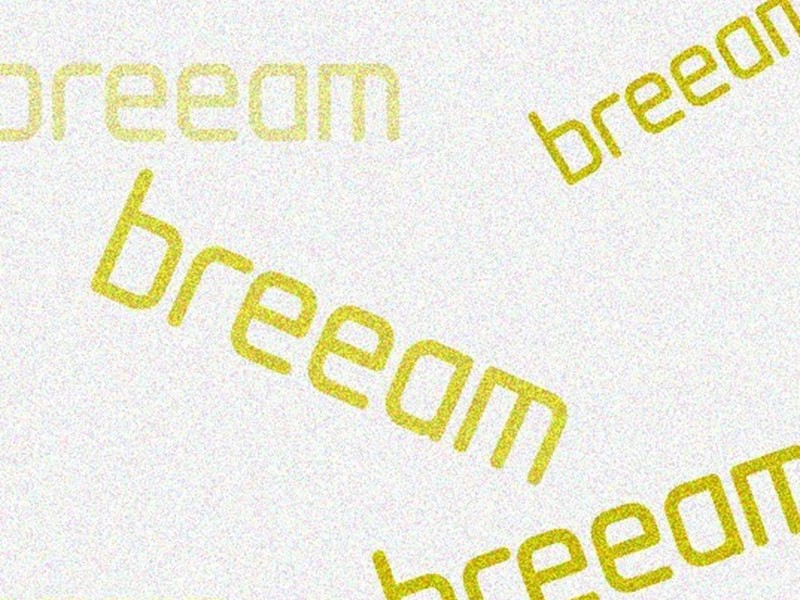 BREEAM is an environmental assessment method and rating system for buildings, with 425,000 buildings with certified BREEAM assessment ratings and two million registered for assessment since it was first launched in 1990.