When a global private equity firm relocated to SL Greens stunning new One Vanderbilt project, they appointed Ted Moudis Associates to undertake the design for their new corporate headquarters.

Alongside the workplace and amenity spaces, a design concept was developed for a geometric 'open grid' ceiling to the cafe. SAS International's design utilized the SAS500 baffle system, which was locked together using concealed bracketry, to form a series of boxes.

The box sizes were carefully calculated and sized to fit neatly around the adjoining wall finishes and other interfaces. Each box was supplied with a 'cap' that both closed off the soffit behind, provided an interface for the light fittings suspended below and enhanced the acoustic performance of the ceiling.

The parallel sides of each of the SAS500 baffles were perforated using SAS’s S1003 ultra-micro perforation, as was the ‘cap’, and both were then supplied complete with SAS’s high performance acoustic infill to deliver an NRC of 0.90.

The project was completed in 2021. 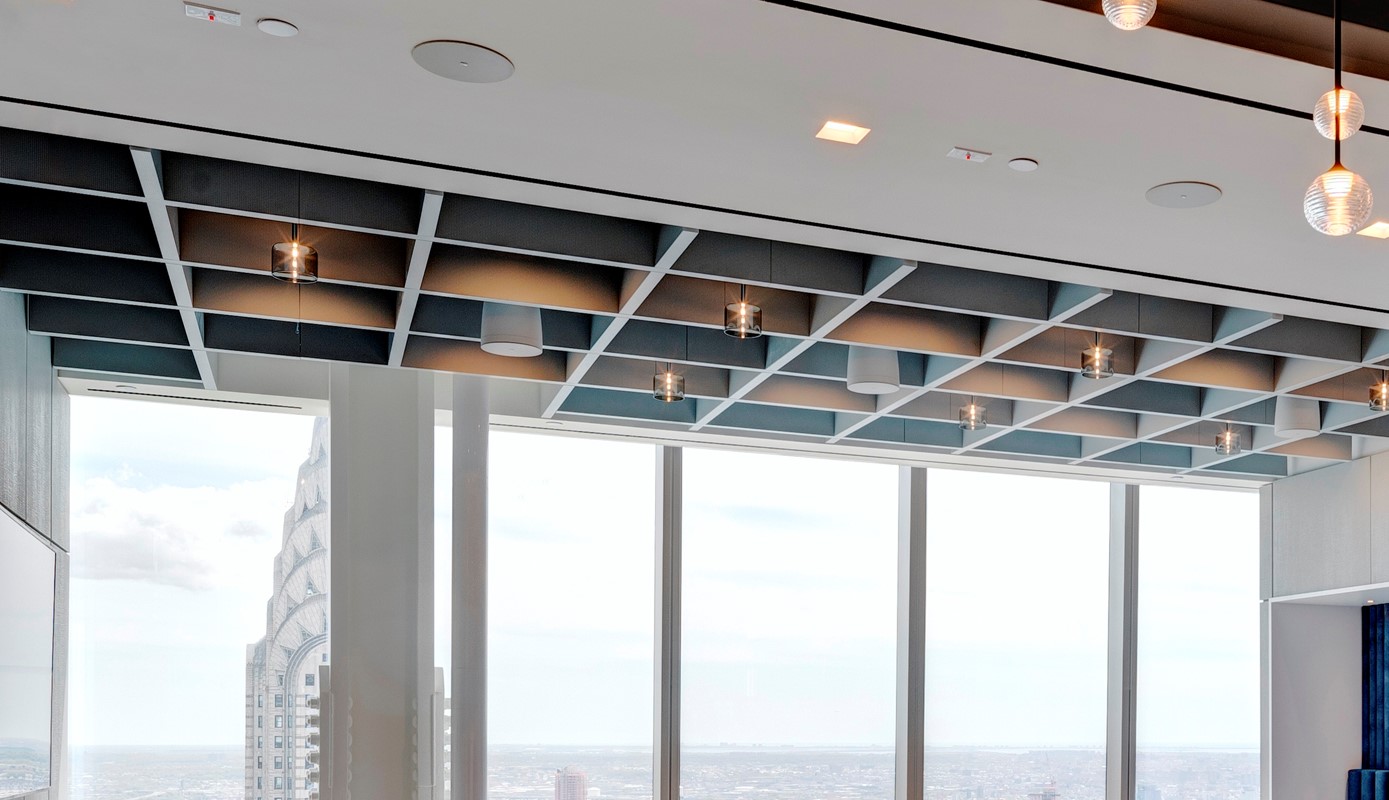 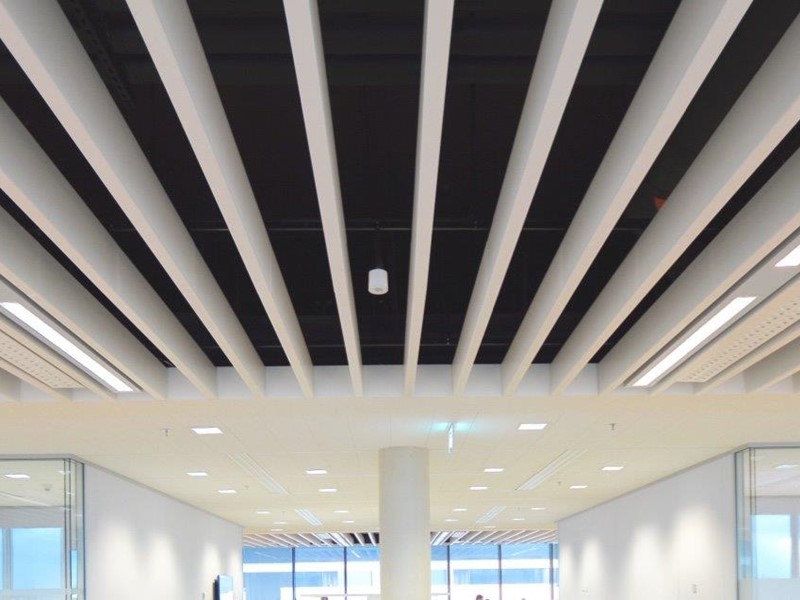